Last week I had a baking frenzy – not out of sheer boredom, of course (because I’m never bored…..) but because we were throwing a bachelorette weekend party for a friend who for certain health reasons, can’t drink, and consequently couldn’t spend her weekend time jumping around like a monkey on steroids as drunken 20-something girls do on bachelorette parties. Hence, with the options of drinking, jumping around, or any other form of physical exertion out the window, we were left with only one activity left; eating. Not that any of us were complaining. You try sticking 12 girls, most of them single, in a house with sun, a pool, and great food for a whole weekend and you’ll see for yourself that no one will be missing the booze. (You might, though, need a pair of earmuffs. Girls are LOUD. Specially when stuck together in large groups without boys.) Anyway, since I’m the cook-baker of the group, it was my task to provide all the pastries for the brunch, dinner and teatime. I baked everything on friday, because I wanted it as fresh as possible for saturday, and that is the reason of my baking frenzy; I spent the whole day in the kitchen. Tiring, but happy! Part 1, is Joy the baker’s recipe for cinnamon sugar pull-apart bread, which I must confess, is every bit as good as described in her post. Mine turned out to be rather uncooked in the middle (because my oven does seem to be permanently on steroids) but that turned out to be a good thing; everyone wanted more of the “sneaky cinnamon dough”.  Part 2 and 3, which will be coming soon, are banana nutella muffins and blueberry scones. Pictures here, and you can find the recipe at Joy’s really cool site. 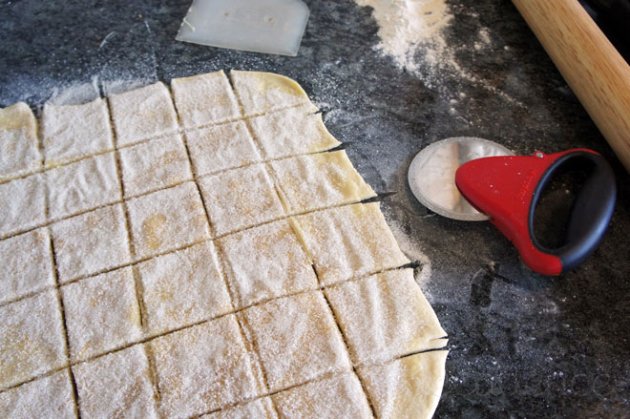 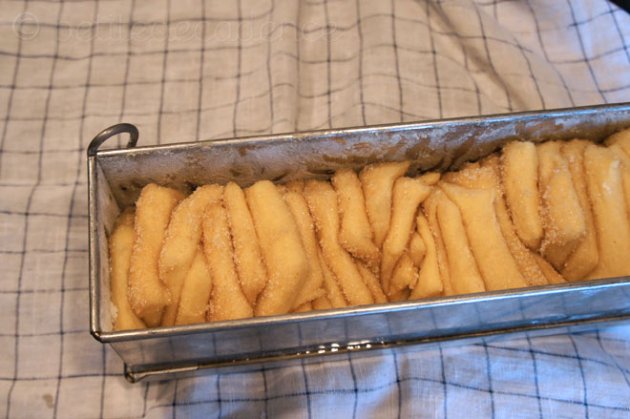 A truly delicious bread. I only added a bit more cinnamon, and next time I’ll be cooking it in a slightly less hot oven, but you absolutely can’t stop eating it.

So typically I went to the supermarket and bought TONS of basil with the idea that I was going to make pesto to mix with a huge roll of goat cheese that’s been sitting in my fridge and top it with roasted cherry tomatoes – sounds good, I know! – only to forget for the following five days to buy any pinenuts or cherry tomatoes and find the goat cheese mostly gone into eggs and sandwiches. So I turned this absolutely great recipe from Peter Reinhart’s Artisan Breads Every Day into a cheese-basil bread, hence giving a great use to my soon-to-rot basil. The original recipe is a delicious alternative with onions baked inside the dough and rolled with cheese. Delicious. But this time I added the cheese inside as well,  skipped the onions and added the basil. The result is a delicious looking, mildly flavored bread which is great for sandwiches, or as rolls to accompany a meal. Recipe after the jump.