There really isn’t much I can say to sell you on this recipe…it contains the words grilled and cheese in the title, so I don’t really need to make an effort, do I? Everyone knows that those two words are heaven in a sandwich, guaranteed. Even if it’s just two slices of buttery grilled bread with gooey cheese in between and nothing more. But I took it upon myself to make a melt-in-your-mouth grilled cheese using wheat thins. (Not the crackers, the flat bread) I know, wheat thins don’t even count as bread, at least not in my book. But they make excellent shells for grilled cheese, because they’re so thin they become crispy and deliciously buttery. And if you pair them with semi cured Manchego de oveja*, snow peas and wilted arugula with a generous dab of dijon mustard….well…need I say more? I know, imported spanish cured cheese seems a bit fancy for wheat thins…but it’s seriously an amazing combo! Or maybe it was the peas. Or the arugula. Or the butter. Or the fact that I served them with sweet corn cobs grilled in parsley butter. Take my word for it, whatever it was, you’ll want to try one! Read more for the recipe.

*For those who don’t have it around, Manchego de oveja is a DO spanish cheese made from the milk of sheep originally from the La Mancha region, hence the name manchego. It varies in hardness according to the time it’s been cured. You can read more about it right here. 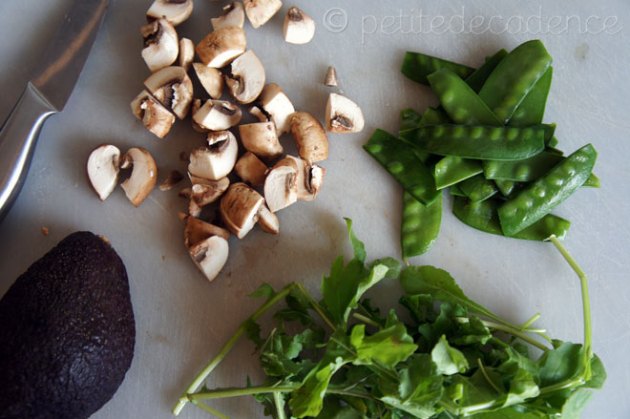 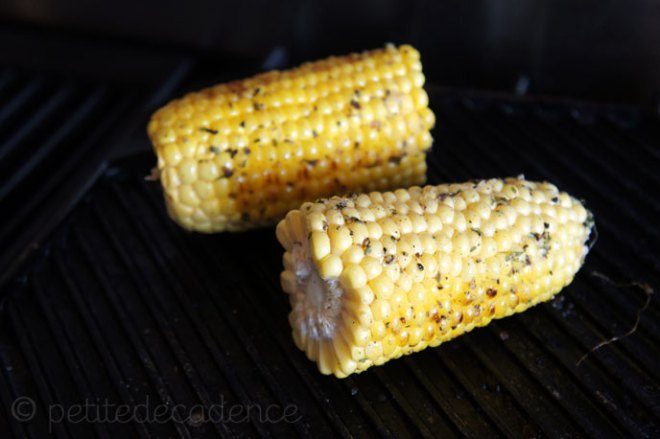 Note: I won’t use measurements for this because it just doesn’t make sense. Use as much of the vegetables for the filling as you want for whatever number of thins you want to make. I recommend two per person if it’s your main dish. (’cause they’re thins)

Directions
Prepare your filling: mix together the snow peas, mushrooms, and arugula. Drizzle lightly with olive oil and a very small splash of white vinegar. Add salt and pepper. Sautée in a very hot frying pan for around 2 min, until the arugula has wilted. Dab one of the thins with generous mustard, add quite a bit of cheese and then top with the veg. mixture. (Don’t be afraid to pile it high, it’ll get flattened once it’s on the griddle).
On a hot griddle over med fire, place a dab of butter and grill your sandwich until the cheese has melted. (Don’t forget to add butter to the second shell before turning!)