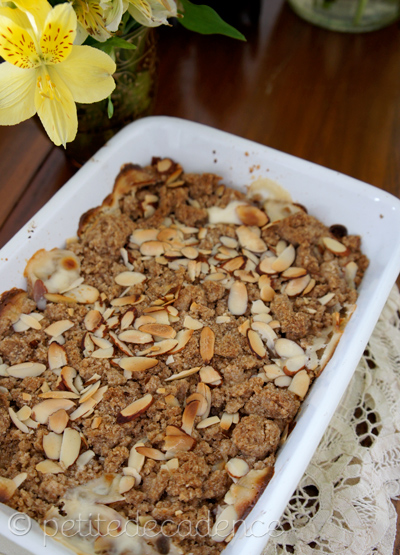 After an eon of not posting anything (and I do have stuff to post! like pan seared artichokes and honey mustard glazed salmon with a wilted spinach and goat cheese salad…I just haven’t had the time to get to the actual posting part) I’m coming back with one of the absolute classics in my sweet stuff repertoire. And it’s just as good as it sounds in the title….. Yep. Just what you read. Bananas in sweet caramelised cream with a topping of crumble that melts in your mouth and golden sliced almonds. And no, I am not talking about something you can only try in heaven. Oh no…this dessert (or breakfast, or lunch, or dinner, or snack) is as easy to make as it is to commit sin. You’ll bake it in 5 minutes and watch as it disappears in 2.

I’m not exaggerating. In fact, I even doubted posting this recipe for the sake of everyone’s health. But hey, when have I ever concerned myself with that? (ok…..I have…but this is whole wheat, and brown sugar! I know…I know) But enough with singing it praises, go make it! 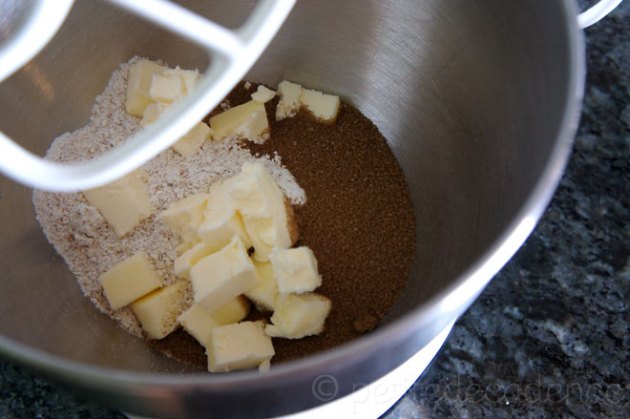 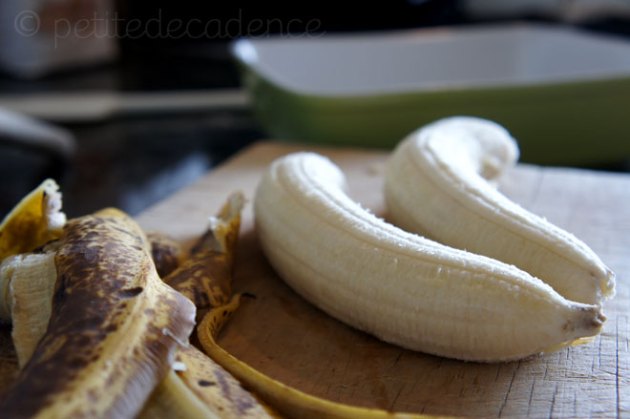 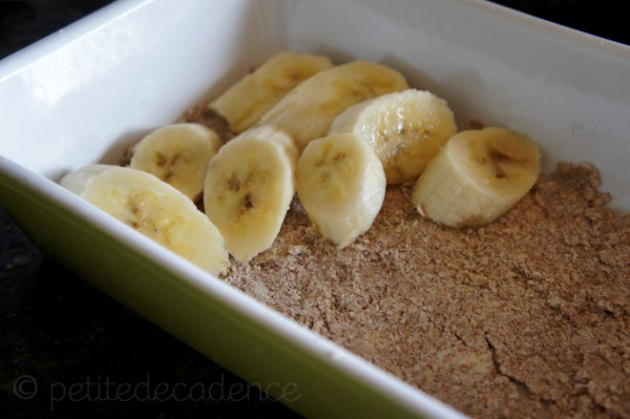 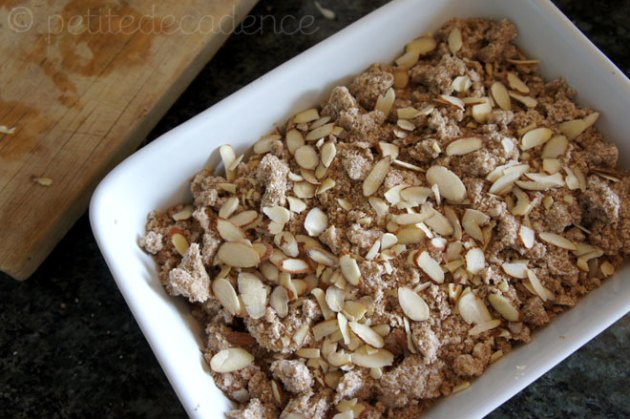 Directions
Preheat the oven to 350ºF

Place the flour, sugar, cinnamon, salt and butter in the bowl of your mixer and using the paddle attachment mix on med-low until the mixture resembles coarse crumbly sand. (You shouldn’t see any lumps of butter bigger than a pea) In a separate small bowl whisk the two creams and vanilla until smooth. Place a thin layer of the crumble at the bottom of your baking dish and press it down to form a small crust. Slice the bananas about 1 finger thick and place them on top, making a bed of bananas. Pour the cream over them, and then cover with the rest of the crumble, pressing it in between your fingers to keep some lumps big and some small. (Just as if you were playing with wet sand). Top with the sliced almonds and bake until the crumble is golden brown and the cream bubbles around the sides and caramelizes, about half an hour to 40 min. Serve warm.

2 thoughts on “The classics – whole wheat banana and cream crumble”