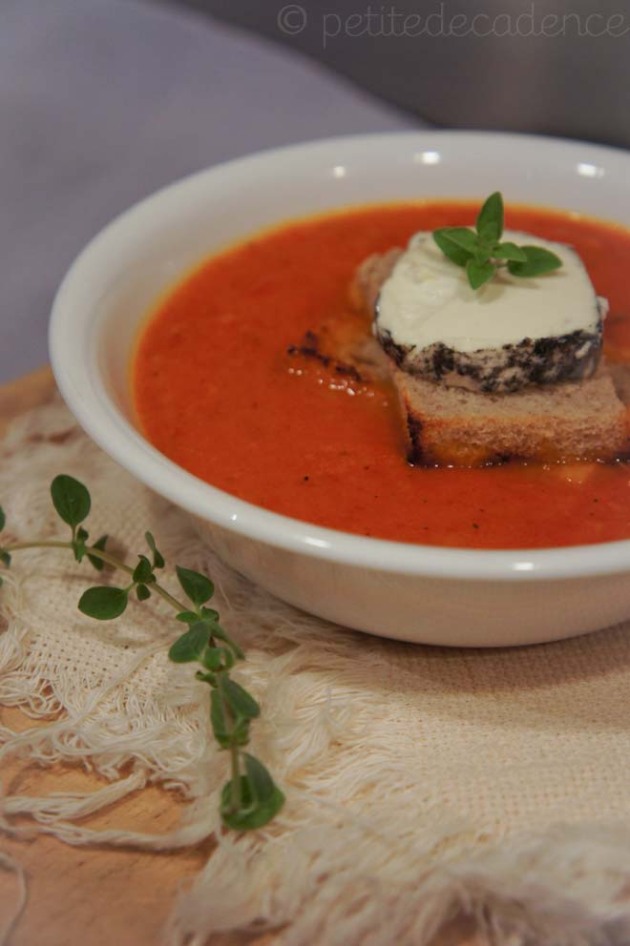 One of the things that people love about living in Mexico City is the weather. The winters are not very cold, springtime is full of flowers, summer is tolerably hot, and autumn will ask you for just a light sweater. Or so it used to be. Nowadays we get crazy weather just like the rest of the world, with winters that freeze crops and insufferable sweaty summers. But in spite of the weather going haywire everywhere in the world, one thing here in our crazy valley remains a constant: summer rain. Almost every summer afternoon, you can count on a heavy shower, that will be over before it’s time to go to bed. It’s lovely. But then there’s the transition between fall and summer; that is my absolute favorite time of the year, because that’s when it begins to get cold, October moons make their dramatic appearances, and, if you’re lucky, you get quite a few wet, cold, rainy afternoons. (No doubt encouraged by hurricanes raging along the coasts, sadly) And those are the ones where, with a good glass of red wine, great jazzy music, and a bunch of about-to-die tomatoes, delicious soups are born. (Or pumpkin marmalade, which is doing it’s thing on the stove as I write).
Soups and cold days….roasted tomato soups and cold days….this version of that good old recipe includes potatoes, which are always a pleasant surprise, and since my basil plant was victim of a murdering plague, is made with oregano. It’s really easy to make, but incredibly rewarding once it’s found it’s way to your spoon. Read more for the recipe. 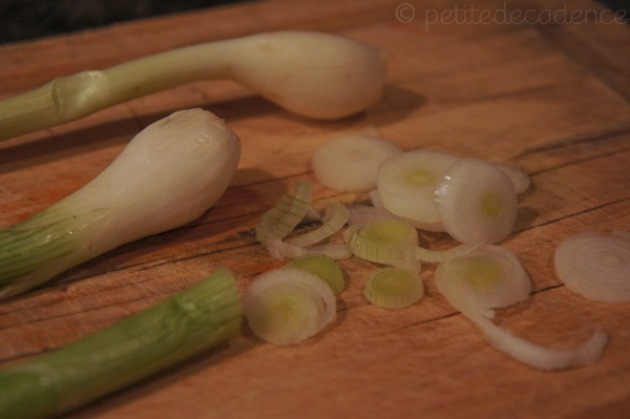 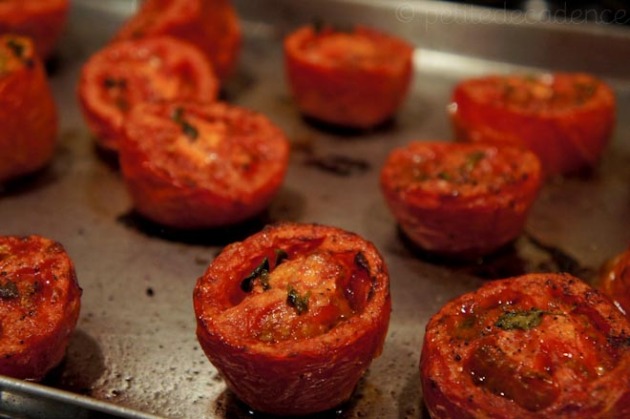 Preheat the oven to 370ºF. Cut the tomatoes in half and place on an oven tray. (You can cut a thin slice from the round end in order to keep them “standing”, or facing upwards) Drizzle generously with olive oil, trying to get most of it inside the tomatoes’ holes. Place several oregano leaves on top, and using a sharp paring knife, stick them inside the openings. Season with salt and pepper and bake until fully roasted.

In a medium sized pot over med-low heat, cook the scallions and the garlic until translucent. Turn the heat to high and add the cayenne pepper and potatoes, tossing them around until lightly golden. Add the chicken stock and water and bring to a full boil. Crush the potatoes inside using a fork. Add the roasted tomatoes and simmer for about 45 minutes. Process with a hand blender, until small chunks of tomatoes are left. Season with salt and pepper, and optionally, more oregano.

Suggestion: place a round of goat cheese over some bread, bake until golden brown, and place on top of your soup.