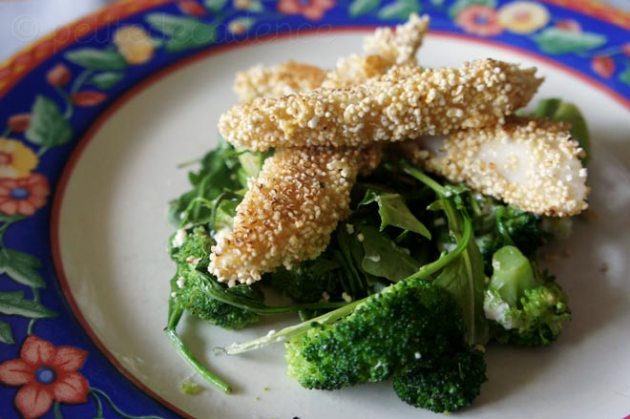 Wawi – Isn’t that a cute word? It is what the huichol or Wixarikas, the indigenous people of western central Mexico, call this lovely grain. It is my favorite to croute things in. This plant, of a sacred quality to the prehispanic peoples of Mexico, can endure drought, thus providing them with food even when corn died due to lack of water. Through a long process, they managed to produce an abundance of the white seeds, and then “pop” the result into those little grains, which make them easier to digest and easier to get at all the proteins. 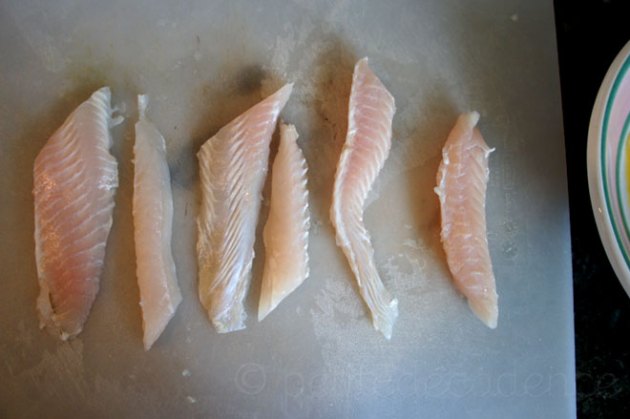 Now imagine fish sticks coated in this delicious grain, which not only absorbs less fat when frying, it’s also incredibly rich in flavor and nutrients, such as A, B, C, B1, B2, B3 vitamins, calcium, iron, phosphorus and folic acid. It contains much more protein than other cereals; twice as much as rice, and over 70% more than wheat. And imagine those fish stick sitting on top of a delicious broccoli, wilted arugula, and goat cheese salad. Sounds delicious and  nutritious? On to the recipe then (It’s quick and easy, too!): 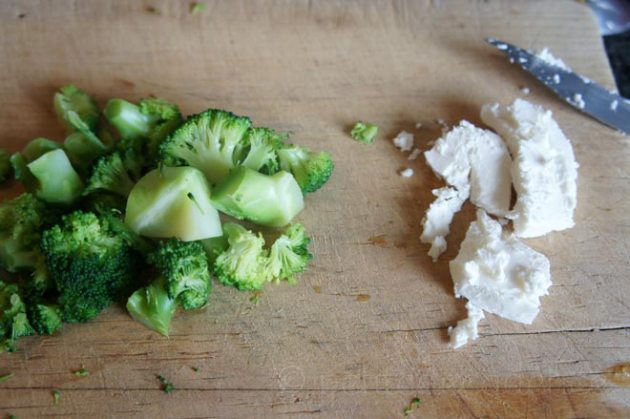 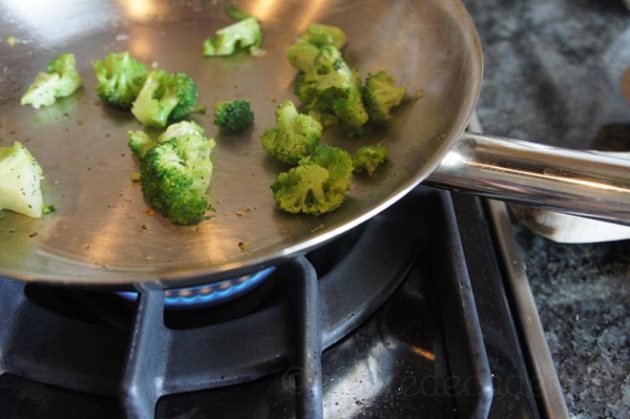 Directions
Place your oil in a saucepan over med fire. While it heats, cover your fish sticks in the beaten egg, and then in the amaranth, patting with your fingers to make a thick crust. Season with salt and pepper and place on the pan for frying, turning them over only once. (You can turn them over once the sides have cooked and only in the middle there’s raw fish). While the fish cooks, place the olive oil in another sauce pan, and heat over med- high until it begins to smoke slightly (not from burning!) place the broccoli in and quickly toss it around until it starts to golden-brown around the edges. Turn off heat, toss in the arugula, season with salt and pepper, and add the goat cheese, mixing slightly to keep it from melting. Place a bed of this salad on a plate and top it with three fish sticks. Serve immediately.